Dr Annie Sparrow is an Australian-born paediatric intensivist and global health specialist accredited in Australia, the UK and the U.S. She combines her clinical skills with public health expertise acquired from working in some of the world’s most marginalized places, refugee and detention camps, and war-torn countries. 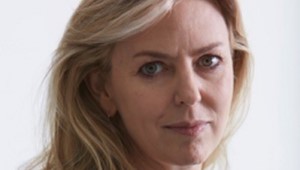 After going from Flying Doctor in the Australian outback to Masters of Public Health student at Harvard, she joined Human Rights Watch in 2004. As its first clinical doctor, her research into sexual violence and war crimes in Darfur led to her being called by the International Criminal Court as an expert witness.

After Human Rights Watch, she spent several years based in Nairobi responding to  complex emergencies in various war-torn countries for Catholic Relief Services, and a further year in Somalia running UNICEF’s malaria program and administering Global Fund's $27M grant. In 2010 she moved to NY, completed the U.S medical boards, and joined the faculty at the Icahn School of Medicine at Mount Sinai, where she teaches humanitarian aid in complex emergencies.

Since 2013 her work on and in Syria includes documenting the systematic assaults on healthcare, training doctors in trauma & infectious disease, and researching the impact of violations of human rights and international humanitarian law on public health. She developed the concept of the weaponisation of healthcare-- turning people's need for healthcare into a weapon against them, by depriving them of it.

An experienced practitioner familiar with providing direct clinical care and managing large-scale epidemics, she has worked on the ground in many outbreaks, training other physicians on the job, including cholera in Zimbabwe, dysentery in Timor Leste, polio in Syria, Ebola in eastern Congo, and most recently Covid19.  Less visible is her dedication to the children on Idjwi, a remote island in eastern Congo where the life expectancy is just 25 years. Each summer she works with local healthcare workers and school teachers. Together, they treat hundreds of children for malaria and neglected tropical diseases at Buhumba primary school, supported by Idjwi Island Education Fund.

She has published widely on polio, Ebola, coronavirus, anti-microbial resistance and other pandemic threats, chemical warfare, the weaponization of healthcare and politicization of humanitarian aid. In addition to the ICC, she has testified before the U.S. House Foreign Affairs Committee in DC and to the Dail in Dublin.

In addition to peer-reviewed publications in prestigious medical journals such as the Lancet and NEJM, she writes regularly for Foreign Policy, Foreign Affairs and the New York Review of Books, as well as the occasional op-ed for the NYT and Washington Post.