Prior to taking up the position of the Minister of Education, Science and Sport (May 2015-September 2018), Dr. Maja Zalaznik (before Makovec Brenčič) was full professor of international business and Vice-Rector for the area of knowledge transfer at the University of Ljubljana. 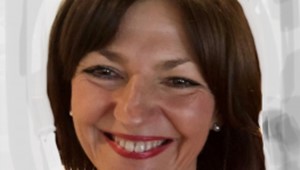 She had been employed by the Faculty of Economics, University of Ljubljana, since 1993. Before that, she worked for a short period at Industrija usnja Vrhnika (1993). Dr Zalaznik (prior Makovec Brenčič) bibliography comprises over 400 scientific and professional titles. Her scientific research was focused on company internationalisation, relationship marketing, international marketing and connections between marketing, sales and human resources. In June 2013, she was appointed President of the European Marketing Academy (EMAC), the largest European academic organisation in the field of marketing. In 2011, she chaired the EMAC Annual Conference. She was President of the Društvo za marketing Slovenije (Marketing Society of Slovenia) from 2008 to 2014. Dr Zalaznik imparts her knowledge to internationally active Slovenian companies in various ways (projects and examples, mentoring, expert bodies). She was also active in the COBIK Centre of Excellence. She has considerable experience in the field of development and quality-assurance in higher education, internationalisation, and the integration of education and the enterprise sector and wider social environment, including sport:

In more than twenty years of working in education, Dr Zalaznik  held many positions, such as member or vice-chair of quality assurance committees (Faculty of Economics, University of Ljubljana), head of Education Centre of the Faculty of Economics, member of the Senate of the Faculty of Economics, and co-founder of Student Business Conference (linking the study and research achievements of students with the needs of companies and institutions).She was also Vice-President of the Marketing Council of the Slovenian Olympic Committee and President of the Jury for the Sporto Award. Now she is back at FELU, leading the 2 bologna programme of International Business, which gathers international students. She is also very active internationally. She is a representative of Slovenia in a High level reflection group of Unesco, active supporter to the Centre of Sport and Human Rights in Geneva and a president of International Committee at Olympic Committee of Slovenia. She is also a member of the Nomination Committee of WADA.