Maud de Boer-Buquicchio was Special Rapporteur on the sale and sexual exploitation of children from May 2014 to April 2020.

Between 2002 and 2012, she served as Deputy Secretary General of the Council of Europe, the first woman elected for this post. She joined the Council of Europe in 1969 and worked in different capacities in the human rights protection mechanism set up under the European Convention on Human Rights. In 1998, she was elected Deputy Registrar of the European Court of Human Rights.

Throughout her mandates, she focused her work on the fight against discrimination and violence, and the promotion of the rights of the most vulnerable groups, especially children. She launched the Council of Europe programme “Building a Europe for and with children”, advocating for a holistic and integrated approach towards the issue of eliminating all forms of violence against children and respect for children’s rights. 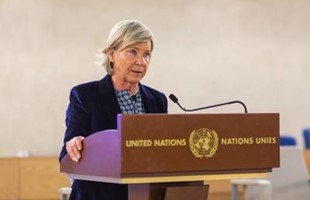