Sandra Lendenmann is the Head of the Office of Human Rights Policy in the Federal Department of Foreign Affairs’ Human Security Division, HSD. In this role, Sandra leads and contributes with her team of experts to the Department’s bilateral and multilateral policy to promote respect for human rights, a key objective of Switzerland’s foreign policy. 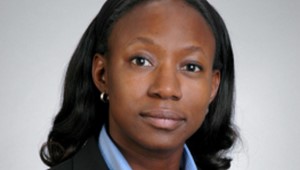 Prior to joining HSD, Sandra served as the Legal Counselor at the Swiss Mission to the European Union in Brussels. From 2010 to 2012, she served in the Directorate of International Law, dealing with International Humanitarian Law and Human Rights issues. In particular, she was a member of the Swiss Delegation in charge of the implementation of the Convention on Cluster Munitions, as well as representing Switzerland in the negotiations on an Arms Trade Treaty in the framework of the UN.

Sandra started her career in the Swiss Ministry of Foreign affairs as a member of the cabinet of the State Secretary on Foreign affairs. Prior to joining the Swiss Foreign Service, Sandra worked as an Attorney in one of Switzerland’s leading business law firms, focusing in particular on dispute resolution in international trade matters.