Zeid played a central role in the establishment of the International Criminal Court, chairing the complex negotiations surrounding the elements of individual offences amounting to genocide; crimes against humanity; and war crimes.

Zeid previously held several diplomatic posts including as Jordan’s Permanent Representative to the United Nations in New York and Ambassador to the United States of America. In 2014, he was President of the UN Security Council and chaired the Security Council’s committees on Democratic Republic of the Congo and Liberia.

Zeid served as a UN political affairs officer in the former Yugoslavia, from 1994 to 1996. In 2004, following allegations of widespread abuse being committed by UN peacekeepers, he was named Advisor to the Secretary-General on Sexual Exploitation and Abuse. His report provided a comprehensive strategy for the elimination of Sexual Exploitation and Abuse in UN Peacekeeping Operations, and has been called “revolutionary” by experts. In 2012, Zeid was chosen by UN Secretary-General Ban Ki-moon as one of five experts to serve on his “Senior Advisory Group” regarding reimbursements to countries contributing peacekeeping troops. 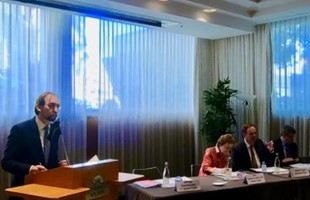