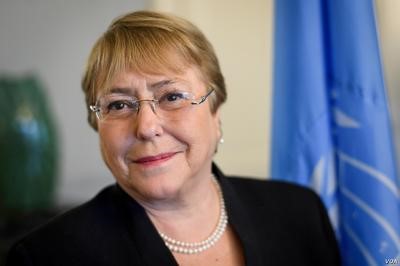 Opening the Forum alongside the Director General of the International Labour Organisation, the Deputy Secretary-General of the Organisation for Economic Cooperation and Development, an former international footballer and human rights advocate Craig Foster, was Michelle Bachelet - the UN High Commissioner for Human Rights, whose remarks are available below (check against delivery):

Is there any topic more passionately and widely shared than sports?

Mega sporting events that gather the teams of nations, and magnetize the attention of television viewers around the world. Impromptu games, which come alive for millions of adults and children on dusty streets, school playgrounds, beaches – almost anywhere.  Sleek, professional competitions that focus the ambitions of would-be athletes everywhere. These activities have the power to shape people’s views.

They can inspire generosity and respect for diversity – or they can be distorted by exclusion and prejudice.

They can call on respect for the rule of law and codes of play – or catalyse violent rule breaking and corruption.

Long after the ancient Olympics were established to allow for peaceful contest between opposing sides, we are still working to make sure that sports embody the values, which build peaceful and respectful societies.

There have been strongly positive advances.

The FIFA Women’s World Cup in France this year, with its record one billion viewers, showcased the tremendous progress made in recognizing the contribution of women to sports. And although more work clearly needs to be done to ensure full and equal access for women, including gender parity pay, I note that after four decades of prohibition, some women in Iran were allowed to attend a soccer match last month.

We have also witnessed concerted efforts by the organizers of the 2022 World Cup in Qatar to improve a range of worker rights issues, in cooperation with the ILO and other partners. And we’re seeing that effort inspire positive movement on other aspects of human rights in the country.

With the case of Hakeem al-Arabi and others, there are have been many occasions where local, national or global sports figures are standing up for the human rights of refugees and migrants, whether on the world stage or in local communities.

On the other hand, we are not seeing signs of diminishing racism in sports – particularly in men’s sports. Racial abuse is inflicted on football players in many Western European countries with shocking frequency. The racist speech and acts we saw at a major football event in Bulgaria last month were far from a unique occurrence.

And alongside this openly voiced racism, many sports federations – including football, rugby and hockey – are also reporting increased attacks on referees.

It seems that, just as we in the human rights community are increasingly reporting affronts to and attacks on the basic, shared principles of international human rights law, the world of sport is seeing manifestations of violent hatred and rule-breaking.

We can and must do much better than this.

Sports, like societies, perform best when everyone is empowered to participate -- when everyone is given the opportunity to fully develop their skills, and when the contributions of all are respected.

The game is more thrilling, more joyful and more inspiring when it is free of corruption, and governed with principle and in transparency.

It is also true both on the field, and off it, that we are stronger when we act together, as a team.

I am encouraged by the work of the Centre for Sport and Human Rights, which has brought us all together for this important event, and which is now firmly established under its CEO, Mary Harvey. I would also like to acknowledge the leadership of another Mary -- my friend Mary Robinson, the Centre’s Chair -- for encouraging us all to take action on this critical subject.

The Centre’s mission, embodied in the Sporting Chance Principles, is to drive collective action for human rights across the world of sport. My Office has been involved with the Centre from the outset, and alongside our colleagues from the ILO, UNICEF, UNESCO and many others, we remain engaged and supportive of the Centre as it moves forward in shaping constructive dialogue, advancing good practices and contributing to stronger accountability throughout the world of sport.

I encourage all involved in the Centre’s continued efforts to bring together more States and other stakeholders from diverse geographies. Its mission can only be fully realised if it is developed and implemented with involvement from the broadest possible range of actors.

I am pleased that at this year’s annual Sporting Chance Forum, many new actors are joining the dialogue on the links between sport and human rights. Our discussions will focus on practical actions by sports bodies in line with the UN Guiding Principles on Business and Human Rights. That includes developing access to effective remedies for victims of sports-related human rights abuses.

Like every other business actor, sporting events and their sponsors have a responsibility to uphold human rights, including with respect to workers, athletes, fans, and the local communities in areas where sport facilities are located.

This week marks the 30th anniversary of the UN Convention on the Rights of the Child, and I will be following with interest your discussions on ways that children can be safeguarded from human rights abuses linked to sports -- and how children’s voices can be heard on all the issues addressed during the Forum.

We need to scale up our efforts to achieve the shared goal of ensuring that sports – wherever they are played – inspire joy and empowerment through fairness, equal opportunities, and respect for human rights. 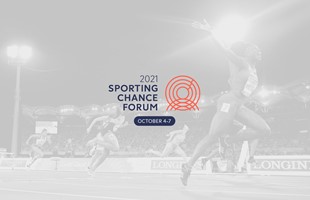 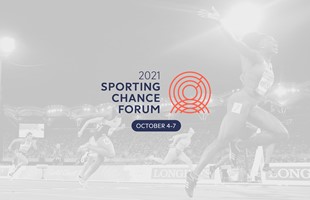