The Centre for Sport and Human Rights (CSHR) welcomes the Mexican Ministry of Foreign Affairs and key sport sponsor Mars, Incorporated as the newest members of its multi-stakeholder Advisory Council.

The Mexican Government has a particular interest in promoting human rights due diligence in sport as the country will co-host the FIFA World Cup in 2026. This includes engaging with all actors on thematic issues such as protecting minorities, woman and child rights and strengthening access to effective remedy in sport. Governments play a crucial role as arbiters of relevant policy and practice at national level and Mexico has a crucial voice from Latin America in the world of sport.

Mars has a long tradition of sponsorship across many sports. The company has a strong commitment to human rights, with a publicly available human rights policy which makes explicit reference to its responsibilities under the UN Guiding Principles on Business and Human Rights, as well as the Universal Declaration of Human Rights and ILO Conventions. Risks to children, particularly child labour, are of particular salience to its operations. To mitigate risks, Mars has a Protecting Children Action Plan as well as a dedicated report on Respecting Human Rights in the Cocoa Supply Chain.

Mexico’s participation in the Advisory Council alongside six other current government members, and Mars joining seven sponsor companies on the Council highlight the growing importance of these actors in fostering responsible sport at all levels.

Mary Harvey, CEO, CSHR said: “We’re very happy to welcome the Mexican Government and Mars to the Advisory Council, which brings together so many critical actors in the sport ecosystem. Governments have a pivotal role in shaping sports policy and ensuring that non-state actors live up to their human rights responsibilities, while companies that sponsor major sporting events need to lead in implementing ongoing human rights due diligence, including working with others to drive positive change.”

Erik Del Ángel Landeros, Executive Coordinator of the Sport Diplomacy and Cooperation Council of the Mexican Ministry of Foreign Affairs, said: “It is a high distinction for us to be part of this group and encourages us to continue working for the strengthening and promotion of human rights. We truly believe that sport could strengthen and improve relations between governments and societies, but also, we are fully supportive of its role as a promoter of peace, social development, and human rights. And I think being here today is irrefutable proof of it. I only remain to recognize the Centre and Council works, at a time when the world needs more sport, peace and respect for human rights. You can count on Mexico as an ally on it."

About the Mexican Ministry of Foreign Affairs

The Ministry of Foreign Affairs is responsible for implementing Mexican foreign policy in accordance with the principles established in the Political Constitution of the United Mexican States; to promote, propitiate and coordinate the outward actions of the institutions and entities of the Federal Public Administration, according with the attributions that correspond to each of them; conduct the Mexican Foreign Service; to intervene in all kinds of treaties, agreements and conventions to which the country is party, and to supervise the fulfillment of the objectives set in the International Cooperation for Development Programme.

Mars is a family-owned business with more than a century of history making diverse products and offering services for people and pets. With over $35 billion in sales, the company is a global business that produces some of the world’s best-loved brands. Headquartered in McLean, VA, Mars operates in more than 80 countries. The Mars Five Principles – Quality, Responsibility, Mutuality, Efficiency and Freedom – inspire its more than 115,000 Associates to create value for all its partners and deliver growth they are proud of every day.

Launched in June 2018, the Centre works towards a world of sport that fully respects human rights by sharing knowledge, building capacity, and strengthening the accountability of all actors through collective action. The Centre is chaired by Mary Robinson, former President of Ireland and former UN High Commissioner for Human Rights. 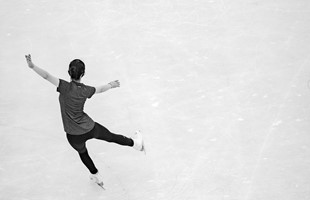