During Women's History month - 1-31st March - we celebrated women's contribution to history and society, recognising some of the many female athletes who have broken down barriers and paved the way for women in sport.

See below for a recap of the women's profiles that we highlighted throughout the month. 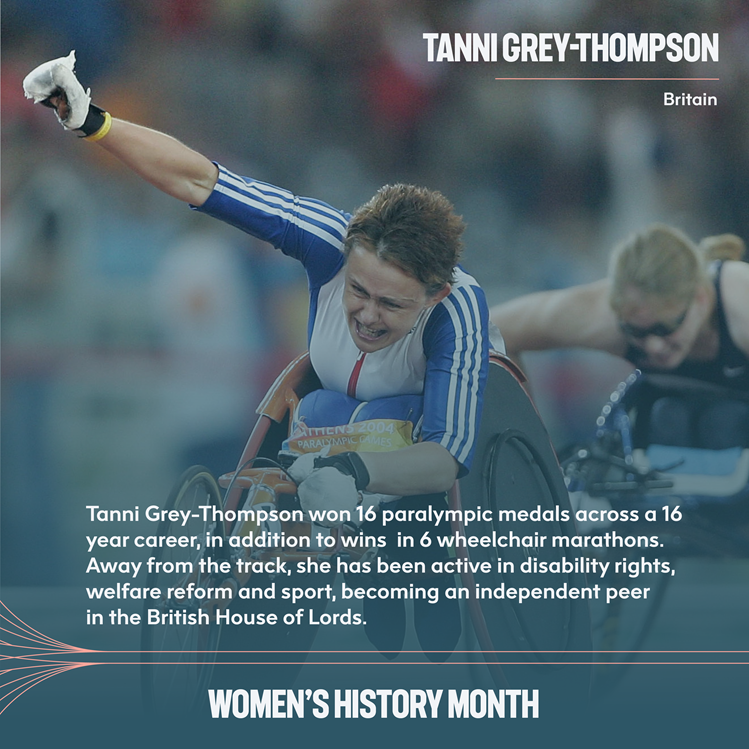 Baroness Tanni Grey-Thompson's career spanned more than 16 years, with 16 Paralympic medals, across 5 Paralympic Games 🏅.  Awarded a DBE from the Queen of England and the BBC Lifetime Achievement Award, the wheelchair racer is praised as a champion of disability rights. 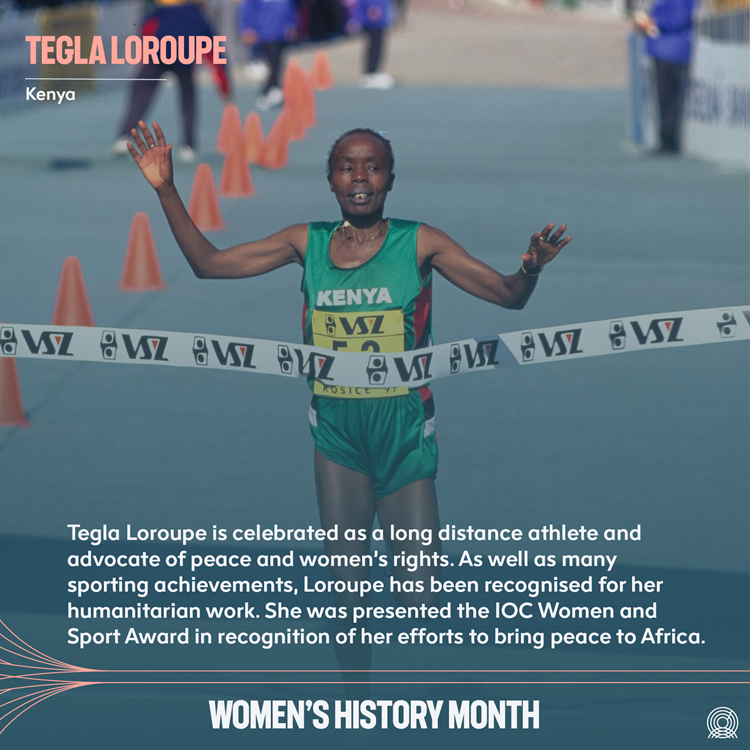 Tegla Loroupe is a three-time World Half-Marathon champion & in 1994 was the first African woman to win the New York Marathon 🏃🏿‍♀️🏃🏽‍♀️🏃🏼‍♀️.  An advocate for peace and women's rights, she created the Tegla Loroupe Peace Foundation, and is an ambassador for United Nations, World Athletics and UNICEF. 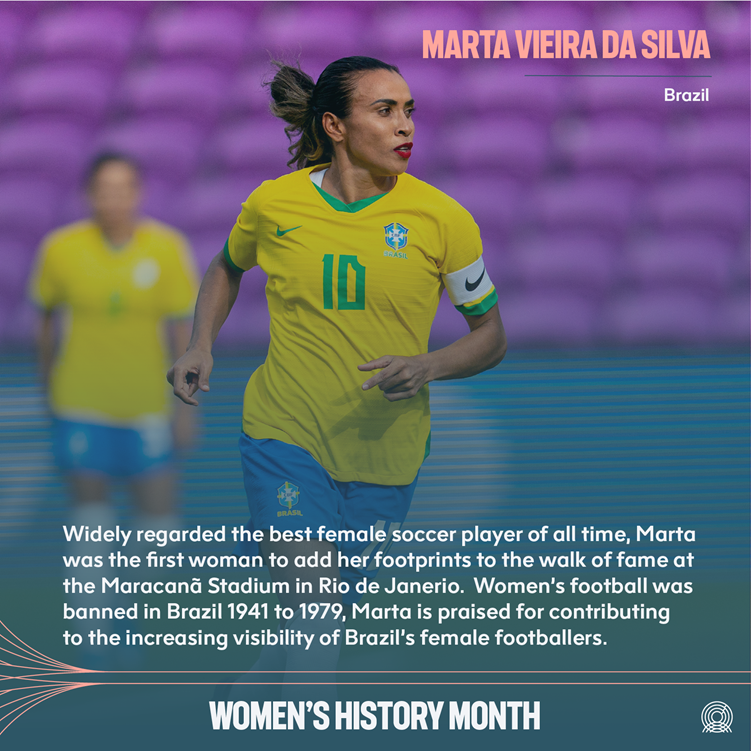 Marta Vieira da Silva is the all-time top scorer in the FIFA World Cup (across men and women), and was Player of the Year five consecutive times.  Marta is a United Nations Women Goodwill Ambassador, inspiring women & girls to challenge stereotypes, including within sport. 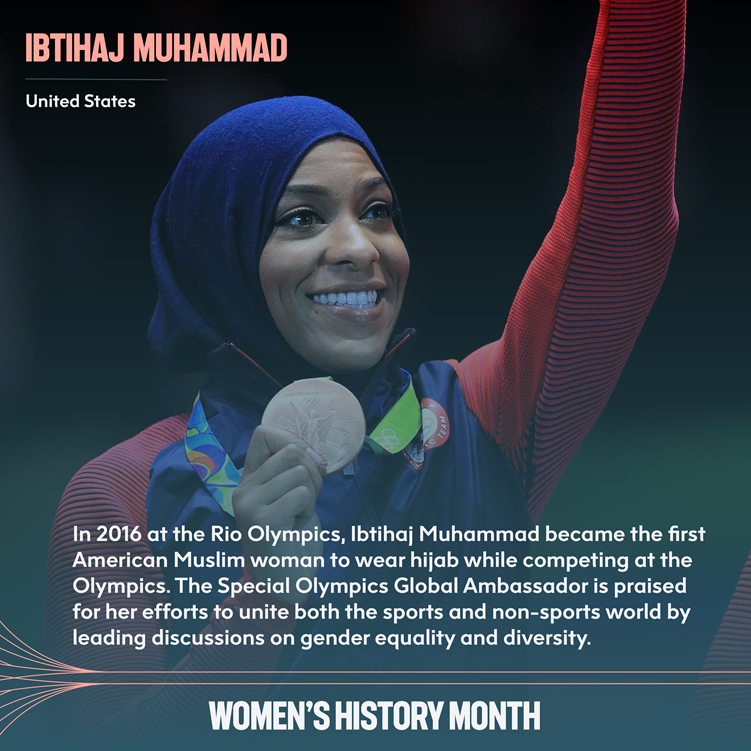 Ibtihaj Muhammad is widely known for being the first American Muslim woman to wear hijab while competing at the Olympic Games.  At Rio 2016, the athlete, entrepreneur and activist won bronze in fencing, and was later named in TIME Magazine’s 100 Most Influential List.

Junko Tabei was the first ever woman to climb Everest and the Seven Summits, by 1992 🏔.  As the first woman to do so, she faced fierce sexism and defied cultural expectations, however she went on to use her platform to educate and become an advocate for the mountain environment. 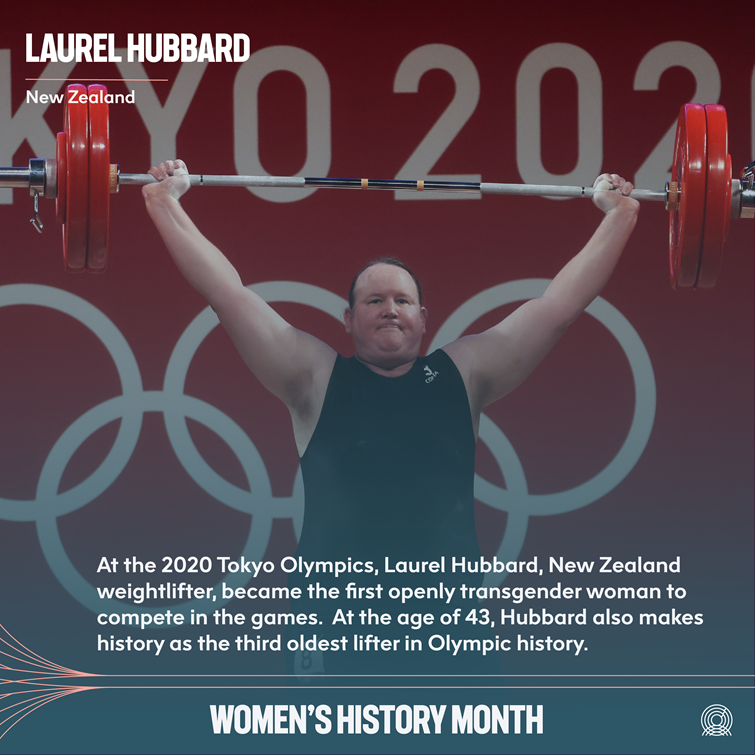 Laurel Hubbard made history in 2021 as the first openly transgender woman to compete in the Olympic Games.  At Tokyo 2020, the New Zealand Olympics committee said Hubbard was a "really important role model" who "opens up a conversation about inclusivity” 🙌 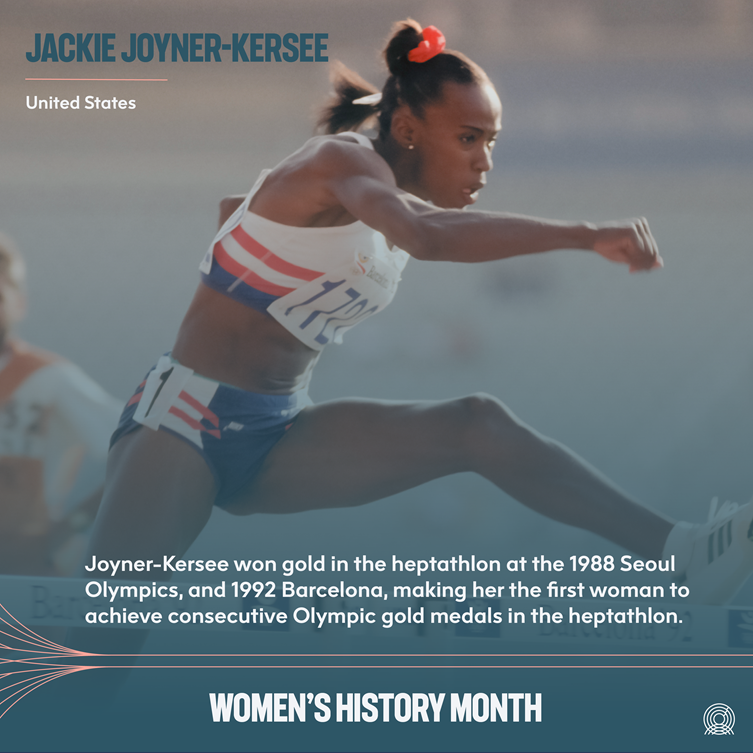 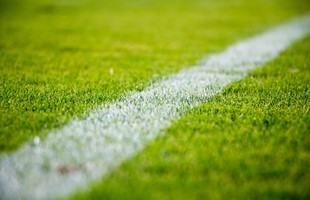 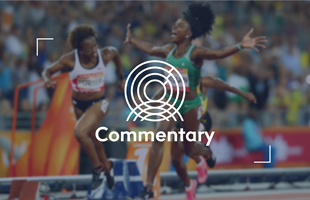