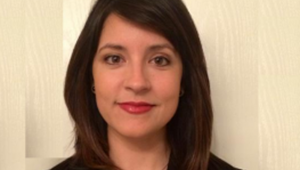 Previously, Ms. Alford served as Special Advisor for Internet Freedom and Business and Human Rights in the State Department’s Bureau of Democracy, Human Rights, and Labor, where she facilitated the first Sporting Chance Forum. She has also worked at Freedom House, with Baha’i International Community offices in Haifa, Israel, and Washington, D.C., and as a sports reporter at the San Francisco Chronicle and San Diego Union-Tribune. Gigi has a Master’s in International Human Rights Law from Oxford University and is a former Knight Foundation Fellow. Fluent in Spanish and beginner Farsi-speaker, she has a B.A. from Loyola University in New Orleans and serves as board member at-large of the InterFaith Conference of Metropolitan Washington. She’s relocating to Nyon, Switzerland in January 2018.