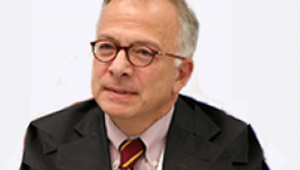 A citizen of Italy, Giovanni Di Cola studied in Rome and Paris, earning a Laurea Cum Laude, four-year Bachelor’s degree in International relations from the University of Rome La Sapienza, a Master’s degree (DEA) from Sciences Politiques (Science-Po) Paris in Soviet Studies, and a PhD in Development Economics from the University of Paris-Ouest (France). Giovanni has served in four UN agencies (UNESCO, UNFPA, UNICEF, and ILO) with assignments at the UN Secretariat to implement the UN Reform. He undertook field assignments in Africa, Latin America and in the Caribbean in national (UNICEF), sub-regional (ILO) and regional offices (with UNFPA-UNESCO and ILO both in Africa and Latin America.

His most recent field position was in Trinidad and Tobago as Director of the ILO Office and Decent Work Team covering the Caribbean region. Throughout he has worked on strategic programming, resource mobilization, gender, technical cooperation, partnerships and management. He represented the ILO in the UN Task Force, contributed to the UN SG Report on Sport for Development and Peace and assisted the UN Special Adviser on engaging the world of sport and UN Agencies. He created a network of universities around local economic development as part an ILO inter-regional programme (Universitas) of which he was coordinator between 2001 and 2009 and which built partnerships across local and national training institutions, universities and international organizations, and sport partners. In April 2015, he was appointed Special Adviser on Multilateral affairs in the Office of the Deputy Director General for Field Operations and Partnerships at the headquarters of the International Labour Organization (ILO) in Geneva dealing with matters related to Climate change, Sustainable Development Goals and to Mega Sporting Events and Decent Work. He has published books and articles particularly on skills for employability through and in sport and has provided advice to Sport Federations on matter of development cooperation, common frameworks and sustainability, over the years.