The Tokyo 2020 Summer Olympic and Paralympic Games, postponed by one year due to the Covid-19 pandemic, took place in a highly unique context and served as an opportunity to bring people back together. In its 2016 Action and Legacy Plan, the Tokyo Organising Committee of the Olympic and Paralympic Games (TOCOG) highlighted “Achieving Personal Best, Unity in Diversity and Connecting to Tomorrow” as its main legacy objectives. This legacy plan highlighted five pillars to achieve this goal. The Centre for Sport and Human Rights collaborated with TOCOG specifically on the “Unity in Diversity” aspect, and supporting TOCOG who wanted to embody diversity and inclusion (D&I), and ensure that nobody would experience discrimination throughout the preparation and operation of the Games.

Like many countries, Japan has long had a paternalistic culture creating gender equality issues and sexism. While preparing to host the Games, Japan recognised that this culture needed to change – for example, despite business and human rights being a relatively new topic in Japan, TOCOG was determined to leave a legacy based on human rights setting ‘human rights, labour and fair business practices’ as one of the key priorities in its pre-Games Sustainability Report.

The Centre supported TOCOG in two key ways toward realising this objective – the first was in providing access to a network of D&I experts and reviewing guidelines and training materials that were being developed. The second was offering support on further promoting gender equality.

D&I was a relatively new topic in Japan, which is why TOCOG decided to use the opportunity of the Games to shine a spotlight on anti-discrimination and D&I efforts. Before the Games, workshops were organised for volunteers to train them on guidelines around anti-discrimination, including outlining scenarios of what could happen, how to react and how to respond to the situation and questions related to it. The Operational Readiness Program provided information on all the different venues, including information from test events and each department was required to be aware of the guidelines and how to implement them. This Program helped identify football for example as a higher risk sport regarding discrimination, which meant special training for the venue, sports team, staff, and others. Different training was offered to staff (who followed all guidelines) and volunteers (who were given general training and additional training depending on the venue)

The Centre supported TOCOG in its anti-discrimination efforts by first providing a briefing to TOCOG on the human rights that could be infringed upon by discriminatory practices, as well as good examples from other sport federations to give an idea on how to respond. The Centre also connected TOCOG with corporate partners who had a long history of implementing anti-discrimination within their workplaces. These corporates shared materials they used to train staff. Finally, the Centre connected TOCOG with other sport federations, as well as the FARE Network – international experts in anti-discrimination in sport. Together, they were able to identify a list of potentially offensive banners, flags and phrases that volunteers should look out for during the event. One example of where this training was used was during the Games, there was an incident with a spectator waving a “Rising Sun” flag (seen as a symbol of Japanese militarism and colonialism during World War II, and therefore considered discriminatory by affected populations). Security was able to talk to the spectator in question and after understanding the situation, put away the flag. This was a good example of a calm, appropriate response to a potentially defamatory situation. Whilst many of the potential benefits were denied by the lack of spectators, a lasting legacy was still realised by those who received the training.

In February 2021, just a few months before the start of the Games, then President of TOCOG Yoshiro Mori caused chaos in Japanese society by making a sexist comment which had a huge impact on the media, young Japanese people, and the public who called for it to be an opportunity to change Japanese culture. TOCOG itself recognised in its post-Games inclusion case study that they had work to do on gender, noting that the country had ranked 101 out of 135 on WEF’s Gender Gap Index. Following this scandal, a female president was put in place at TOCOG, alongside female Directors who were added to the Board. Whilst there was criticism from some NGOs that these posts were simply for show, it still sent a strong message to Japanese society. This was complemented with several programmes put in place by TOCOG to accelerate gender equality. Some positive examples include:

The Centre also provided a briefing to TOCOG suggesting ways in which it could capitalise on the opportunity to use these Games as an opportunity to advance gender equality in Japan and the wider region. 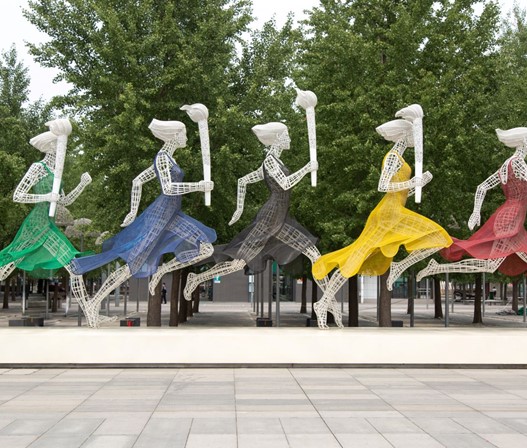 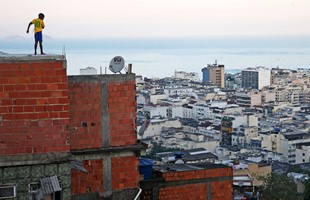 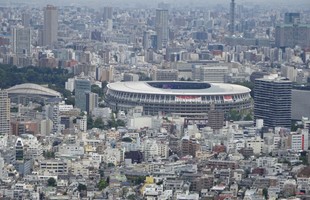