Guy Ryder was elected the tenth International Labour Organization (ILO) Director-General by the ILO's Governing Body in May 2012 and took office in October that same year. In 2016, he was re-elected for another five-year term which started on 1 October 2017.

Guy Ryder first joined the International Labour Organization in 1998 as Director of the Bureau for Workers’ Activities and, from 1999, as Director of the Office of the Director-General.  In 2002, he was appointed General Secretary of the ICFTU, leading the process of global unification of the democratic international trade union movement. He was elected as first General Secretary of the International Trade Union Confederation (ITUC) when it was created in 2006. He headed international trade union delegations to high level talks with the UN, IMF, World Bank and WTO and to the G20 Leaders’ Summits.  In September 2010, Ryder returned to the ILO in Geneva as Executive Director, responsible for international labour standards and fundamental principles and rights at work. 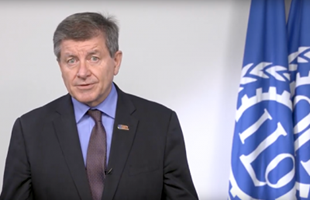 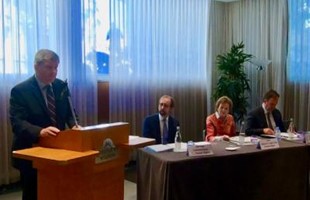