Chief of the Business and Human Rights Section in OHCHR 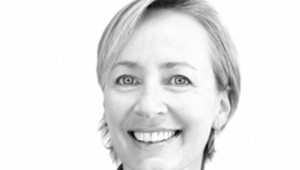 In that capacity she was part of the team of former Special Representative of the UN Secretary-General on business and human rights, Professor John Ruggie, for the duration of his mandate from 2005-2011 and contributed to the development and drafting of the UN Guiding Principles on Business and Human Rights. She has led OHCHR’s involvement with the UN Global Compact since 2002, and more recently she headed the secretariat of the United Nations Working Group on Business and Human Rights and of the Annual Forum on Business and Human Rights (until January 2014). She is responsible for OHCHR’s efforts to support implementation of the UN Guiding Principles at the country level and through strategic embedding in relevant global governance frameworks. She also directs OHCHR’s Corporate Accountability and Remedy Project which aims to enhance accountability and access to remedy in cases of business involvement in serious human rights abuses.

Prior to joining OHCHR, Lene was consulting on human rights issues to a range of international NGOs and intergovernmental organisations. From 1993 – 1997 she headed the Media Law Project at the Centre for Applied Legal Studies at the University of the Witwatersrand in South Africa, and before that she was a legal research officer at the Danish Institute for Human Rights.

Lene holds a Masters degree in law from the University of Copenhagen.