Remarks on National Human Rights Institutions and the Provision of Remedies 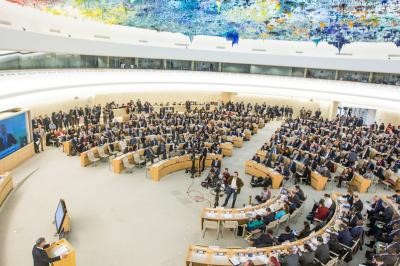 On 11 October, 2019 John Morrison, Deputy Chair for the Centre for Sport and Human Rights delievered remarks at the 24th session of the UN Working Group on Business and Human Rights with a focus on the role of National Human Rights Institutions.

The Centre for Sport and Human Rights has deepened this work with a particular focus on NHRIs as potential providers of remedy in the systemic abuses of rights that exist in one of the most unregulated global industries that touches billions of lives – that of sport. I am pleased that several NHRIs attended the recent Commonwealth Games Assembly in Rwanda and enabled us to spend a whole day of the Assembly focusing on building national-level approaches.

I would like to limit my remarks here to the example of sport, although I think much of it is transferrable to other industries. You might think that sport is a luxury when compared to seemingly more urgent or pressing issues on the human rights agenda in any given country, but sport brings together a powerful set of interests, and with it the great potential for good as well as the risk of very serious harm. I build on the written submission that the Centre for Sport and Human Rights has already made to you and we would encourage the Working Group to look to sport as an example of the collective and individual role NHRIs might play in relation to remedy. My points are the following:

Each industry brings its own footprint of human rights abuses and challenges. Sport brings many, most of which go unreported and without remedy for the victims. The principle of the autonomy of sport has unfortunately meant that it has also become unaccountable for its human rights impacts. For example the systemic abuse of women and children by powerful individuals in sports such as gymnastics, swimming or football has been uncovered as far apart as countries such as the USA to Afghanistan, but it is likely to be the tip of a much bigger iceberg. We know from our own work in Qatar, alongside others, that migrant workers too can be very vulnerable victims of the mega-sporting event lifecycle.

Sport is not an industry without pre-existing remedies, in fact sports remedies are both transnational and relatively effective – think for example of the Court of Arbitration in Sport based here in Switzerland. The problem is that remit of this Court is so narrow that most human rights cases are out of scope and also remedies are only available for the professional or full-time athlete – not the other groups impacted by sport: the fans, the workers, communities, families or journalists. Last year we held a conference at the Peace Palace in The Hague to map these existing sports-based remedies and to see how the business and human rights movement might augment this including the potential role of NHRIs.

So, it is clear that what is needed to tackle systemic and wide-spread abuses at all levels of sport is an ecosystem of interrelated remedies ranging from the local, national, regional and culminating at bodies such as the Court of Arbitration for Sport or even the Permanent Court of Arbitration in The Hague in years to come.

NHRIs could be a key part of this ecosystem. The recent Rwanda Assembly showed the potential. NHRIs, like sports organisations, enjoy (or should enjoy) a high degree of independence. Building working relationships between NHRIs and National Olympic Committees, and other national sports bodies, is a first important step. In fact NHRIs are uniquely placed for such a role: the more independent an NHRI is of government, the less of a threat it is to the autonomy of sport. We need to ask ourselves the following questions: How many of the complaints that NHRIs hear today are sports related? Very few perhaps. Does this represent the need that is out there when we consider what has been uncovered at the grassroots of sport and how unaccountable some of the power structures are? There is perhaps no other industry, no other pastime, that touches the lives of so many of our citizens. There is without doubt a need for NHRIs to build awareness of rights within the grassroots of sport and perhaps to become the first-responders when abuses occur. Through our work at the Centre, we have been involved in a number of live cases where this work is underway and I hope that within due course we will be able to learn from them.

And finally, I would like to stress the opportunity for NHRIs. This is particularly the case for countries due to host major sporting events where the NHRI can and should play a critical role. Just some examples include Canada, Mexico and Qatar in relation to FIFA, or France, the UK, Lesotho or Senegal in the Olympic, Commonwealth and Francophonie traditions. I am aware that many NHRIs have limited capacity, and not all NHRIs can deal with individual complaints, but the work is relevant to every NHRI as sport is highly relevant in every country. The convening, fact-finding, monitoring and awareness-raising functions of NHRIs are, in our experience, also critical elements of the remedy ecosystem. The Centre for Sport and Human Rights has found that collective action, the building of shared leverage, can also be an effective remedy in some cases – as the recent case of Hakeem Al Araibi illustrates.

Sport captures the public imagination like little else and the provision of effective remedies can benefit not just the victims and their families but also create a safer environment for millions of citizens. The publicity can raise awareness of human rights much more generally as well as the work of the NHRI itself. Sport can be a proxy for business and human rights in general and in fact many national and international brands will be linked through sponsorship and other arrangements.

Both the organisations I represent here today stand ready to work with the Working Group on this and related issues. To NHRIs I would signal that sport is an important conduit to wider business and human rights work and we will continue to support NHRIs in this work moving forward. 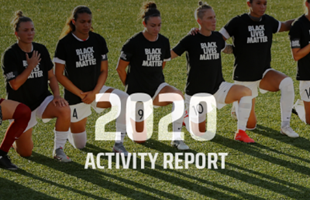 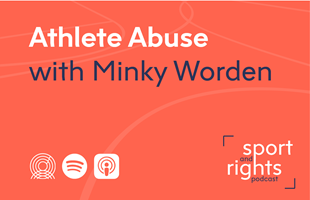 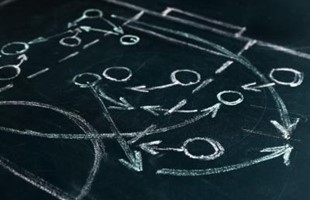