In 2011, Bachelet was named the first Director of UN Women, an organization dedicated to fighting for the rights of women and girls internationally.  Economic empowerment and ending violence against women were two of her priorities during her tenure. She has recently pledged to be a Gender Champion, committing to advance gender equality in OHCHR and in international fora. 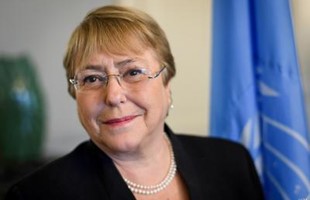